For many, the 'real' Jersey season doesn't start until we are digging on the côtils.

The earliest slopes are traditionally started towards the end of March and dug steadily throughout April before activity moves onto flatter fields with harvesters. 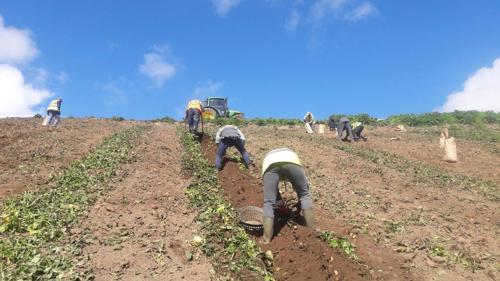 A tractor pulls a plough up the slope on a winch, effectively ploughing the potatoes out the ground that are then picked by hand. 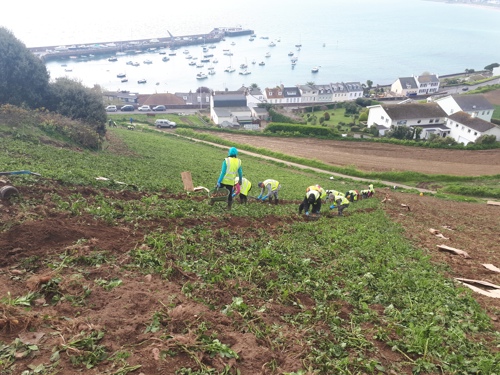 Most of these early slopes are around the edge of the island, and face to the south and south-east. They catch the early sun and benefit from the temperate effect of the sea, and so are rarely affected by any frost that can impact fields further inland.

It isn't long before teams move onto lesser gradients where side delivery harvesters can be used. This speeds the job up, but all potatoes still need to be picked by hand. 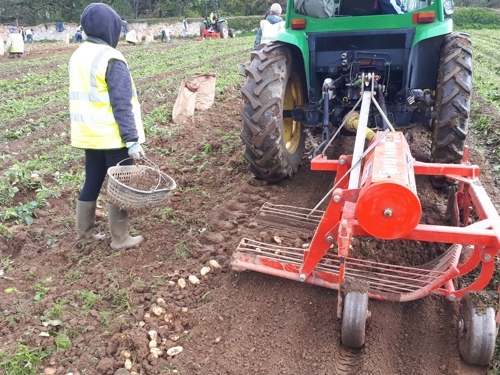 As a company we like to recognise the many landlords that we have around the island, so every one of these is given a free sample of early outdoor potatoes that are lovingly packed by hand. 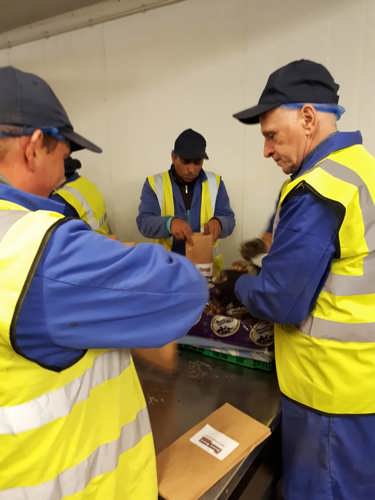 These early season Jersey Royal new potatoes have a very thin, flaky skin that is easily removed by rubbing your thumb across the tuber. 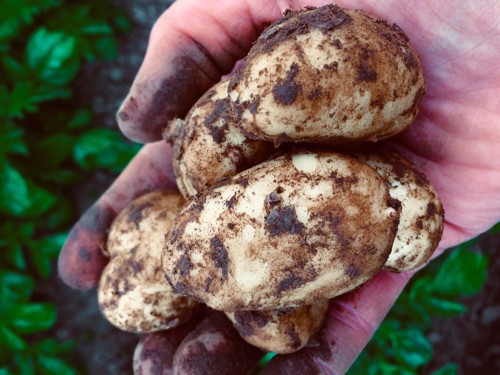