Back to About us

The same unique flavour for generations.

The first of arguably only three truly seasonal British lines of fresh produce alongside asparagus and strawberries, Jersey Royals are seen by many to herald the start of spring.

In around 1880, local farmer Hugh de la Haye is reported to have had an unusually large potato with 15 or 16 eyes. History relates that whilst discussing the potato with friends, they decided to cut it up and plant the pieces on a côtil above Bellozanne valley in the centre of the Island.

One of the shoots yielded a kidney-shaped potato with very thin skin as opposed to a standard round one, and so the Jersey Royal was born.

Recognising the unique shape of the new potato, it was first marketed as the Jersey Fluke, and it commanded a premium price on the wholesale markets. The addition of 'Royal' and the dropping of the name 'fluke' came in towards the end of Queen Victoria's reign when imperialism was widespread, and many things were termed 'royal'.

From those early beginnings, the Jersey Royal is today the most significant agricultural export of the Island with around 35,000 tonnes sold annually.

The EU Protected Food Name Scheme identifies regional and traditional foods whose authenticity and origin can be guaranteed. Under this system a named food or drink registered at a European level will be given legal protection against imitation throughout the EU.

The Jersey Royal is a premium, branded potato, and the only potato in the United Kingdom to boast an EU Protected Designation of Origin (PDO) status which it has held since June 1996. This is similar to the way that products such as Champagne, Camembert cheese and Parma ham are protected and marketed, and can only come from their respective, distinct area of origin.

The Jersey Royal brand attracts this level of protection because of the unique way in which it is grown, cultivated and harvested and the PDO ensures that only Royals grown in Jersey can be called “Jersey Royals”. 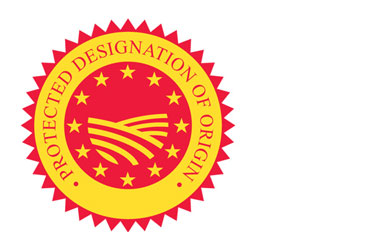 Back to About us

Our team works together to agree the strategic direction of our business - always striving to get the best results.

How we do it

Jersey Royals are planted by hand, taking special care to make sure that the shoots are placed uppermost to ensure even and early emergence.

Find out how we do it